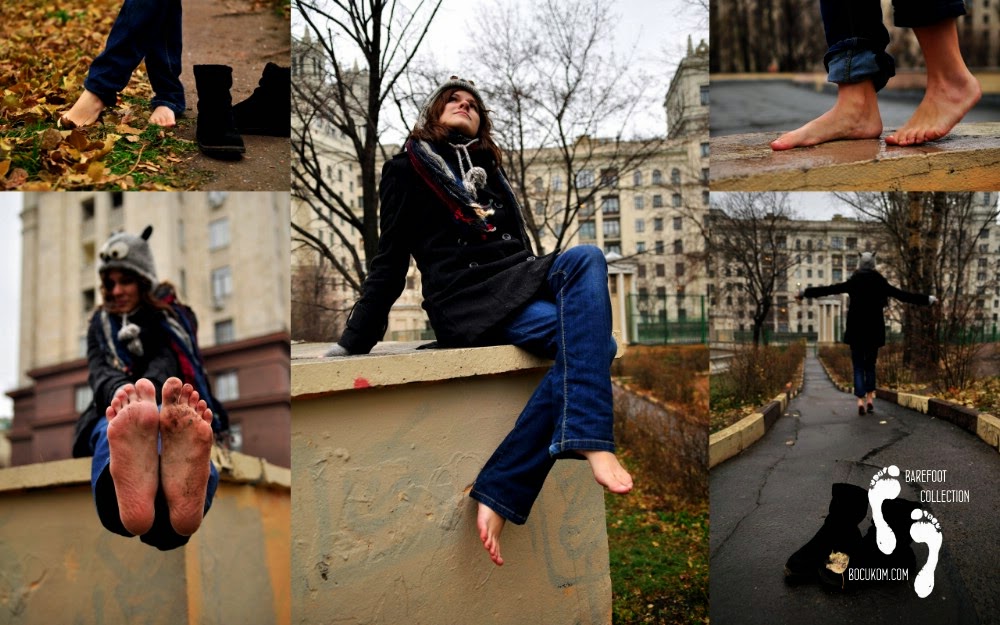 The first article of the experimental cycle in which young journalists trying to feel their own experience and tell what it is - to be barefooter in Russia.
Ragged sneakers on the first snow
In tattered socks yes on the melting ice,
Bare foot on live asphalt ...
This line from the song "Siberia" Russian rock group "Pilot" and they could not be better illustrated feat accomplished by me one November evening. At the moment when the first snow fell, I threw warm winter ugg boots and stepped onto the frozen asphalt without any means of thermal protection - barefoot.
This is not my first experience of walking without shoes - summer, when the streets are warmed by the hot sun out of their way, it is very nice to get rid of annoying sandals and enjoy all the delights and uneven asphalt on your own skin. 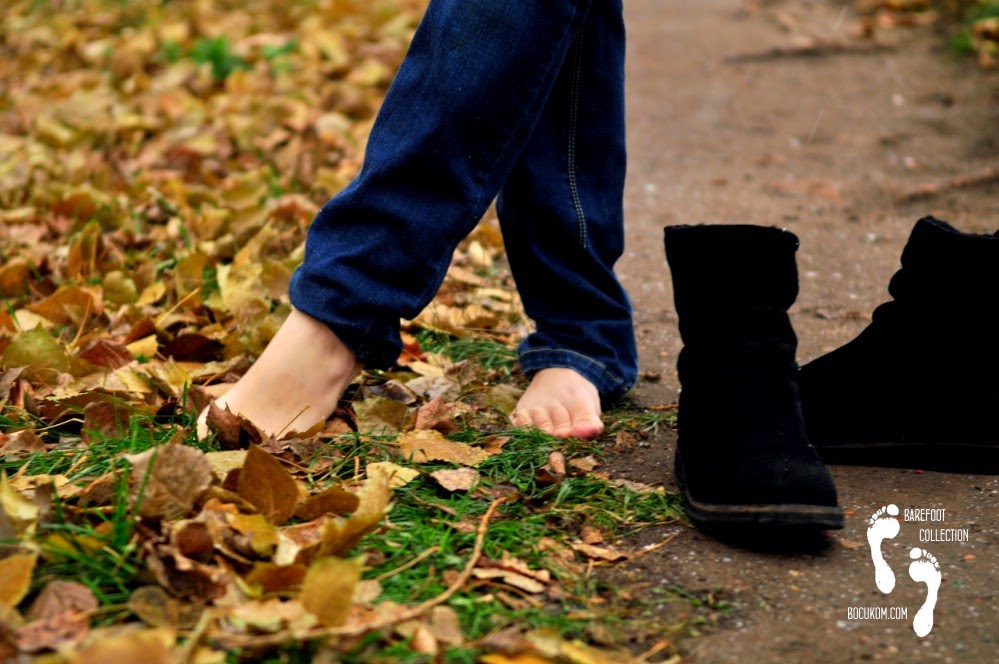 Another thing late autumn! When the roads are covered with puddles and leaf litter, and the sky rained the first wet flakes mixed with a spreading small fraction of rain - it's time to take off our shoes! Learning about my venture, friends jokingly called me sick in the head, and I thought: Well, when I was still able to get this experience? Only in his youth! Because adolescence - the time crazy, bold decisions, small feat that may, to change your point of view on any thing.
And by walking barefoot on the November the park, I felt something that was not previously aware of. I am known as a special autumn season, autumn world appeared to me in a different light. 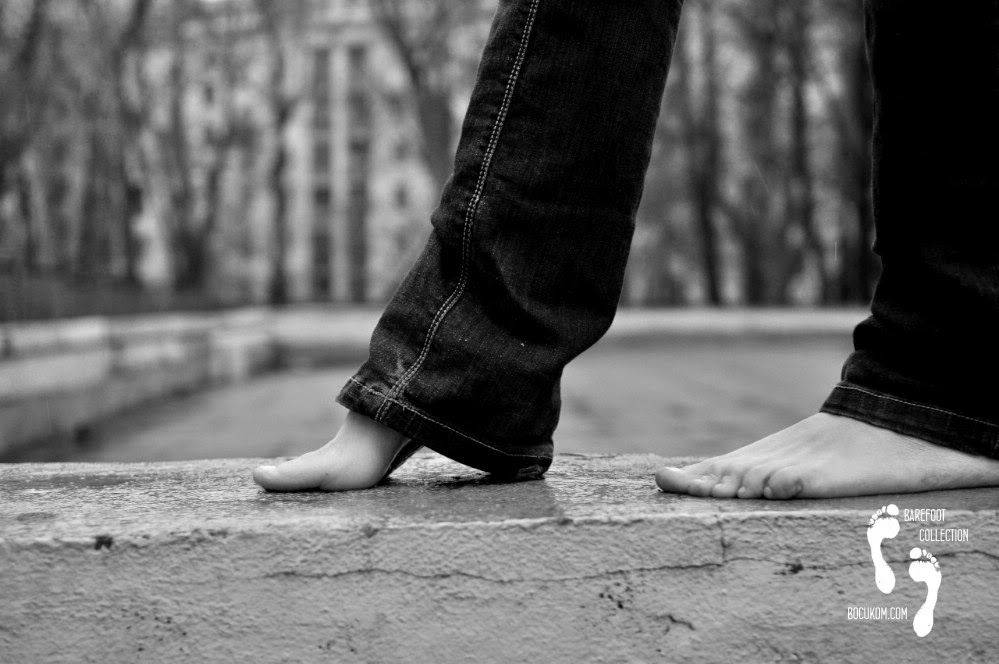 What was before the fall? Depression, sadness, dullness. I am sure that no one I have encountered such ideas in the harsh autumn season. How we perceive the world fall? Only sight and hearing, touch (Currently, natural - leather) we almost never use. Wrapped up in our coats and gloves, legs tucked into boots, we put ourselves in a case that covers us from the world around. Nature as it is, even if the city is not available to us, so we speculate about its nature: in the autumn poets write entire collection of poems, artists paint pictures, street (and not only) vying musicians sing about the autumn sky. Autumn inside. The one that outside, crying rains due to the fact that we do not want to accept and understand it. The present. We see her charm, see her mood, but we can not feel them. 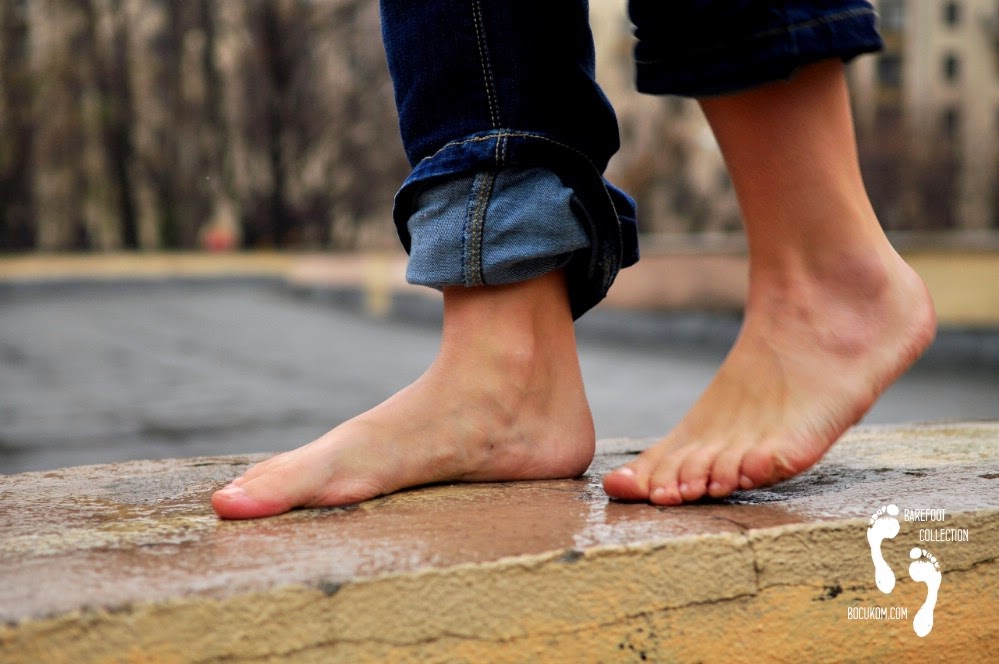 As strange as it may sound, but the walk barefoot opened my eyes to what is actually in November. I like to close this month and could see its true face. Not a gray dreary time, and a chest with a lot of memories stored in the pavement, which stepped my feet. Once familiar tracks were warmed by the sun, now they poured rain on them sluggishly dragged yellow leaves. And after some time they will cover the snow, then it will run on spring creeks and again the July incandescent light will caress them. So it was last year, 50, 100 years ago, so it will be in the future.
This gave me the idea that everything in life is cyclical. Reminded of human life - a change of childhood, adolescence, adulthood and old age.
And seemingly crazy idea - to walk barefoot on the November park - turned minutes of this philosophizing about the world and human life. So do not shut down in a case in itself - we must constantly look at the world with eyes wide open. Maybe will see something completely new and surprising. No wonder the song "Siberia" (which was discussed in the beginning), asphalt named alive. It stores the footprints of those who once walked on it, the memories of human fates.
So I spent my barefoot walk, filled with reflections. Impressions from it were the most memorable. So in conclusion, I want to submit my story about my photo report feat:
Download
P.S .: Do not fear the cold!
Special thanks Feruz Nassyrova for the photos.
Sorry, Google Translete!
______________________________________________________________________
Subscription to all content for 1 month - $49.95
[All inclusive: LifeStyle Collection + School Collection + Sport & Dance Collection + Extreme & Snow ]